I never had thought I’d see the day when I mourn the library. I’m still literally traumatized, two hours later, convincing myself what I had heard about burning down the library was inaccurate, that some agencies are exaggerating and that it could be some ignorants were trying to cause damage to a shop nearby. It was all until I laid eyes upon that photo of the flames hurling out of the library’s door in that tiny alleyway, that I believed the news. 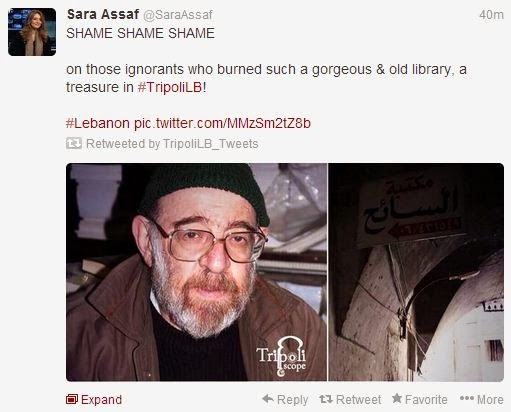 The moment I heard of the news, and since I was at my place in Beirut, I packed my stuff instantly and tried to head back to Tripoli. To my bad luck, 40 minutes on the highway weren’t enough to get me a bus to my old city.. I felt so powerless I sat on the sidewalk and started shivering. A little while later, and just moments ago, the news was confirmed, the books are to ashes now, the old library is gone.

I want you to understand it’s not about the books. Yes the books are worth a lot, a lot of money, a lot of effort, sweat, night shifts and endless passion, yet it’s not what matters at the moment. Those who dared to burn down the library have actually burnt their heritage altogether, their reputation as muslims, and what for? For having the library promote a book that is allegedly (yet still unconfirmed) against the prophet, no matter how propagandish this is.
I’m more than sure Father Sarouj will go out shortly to the public, with all his might and compassionate smile to say “why are you worried about the books? They’re just books.” He’d be totally right, it’s the people we need to worry about, individuals with minds as sick as being able to burn down an old library.
To whoever that had touched my library tonight and set it on fire, you’d better set us tripolitans on fire from now on, for we are the library and not only father Sarrouj.

Here’s a couple facts:
– Father Ibrahim used to have a Quraan on his desk, for personal use, along with a couple books of Duaa, specific to Muslims. He used to read that constantly.
– The library has over 80,000 titles, not copies. The total amount of books exceeds this figure by far.
– One of the most resonating things he ever said was “Let the muslims go back to the rulings of their prophet, and I’d be the first one to declare my Islam”
– Father Sarrouj is one of the very few non-muslim persons that know about Islam far more than the majority of muslims around me. These conversations with him might go on forever.
– It’s know about Father Sarrouj that he’s a highly intellectual individual, to the point that he had absorbed not only the rulings and teachings of Islam, no matter how diversified they are, yet also all schools of communism, Marxism, Sufism, Judaism, Greek mythology, you name it.
– Father Sarrouj inherited the library from his father, who had started the library at the same place, but with the difference of holding not more than 4,000 titles at the time.
– First verse to ever descend upon the prophet of Islam Muhammad (pbuh) was “إقرأ” which translates to Read/Recite

That library was all I still got left from the stench of my town’s golden days..
Below is a series of never-before published shots of the library during my second visit there.
To read more, check Natheer Halawani Blog. 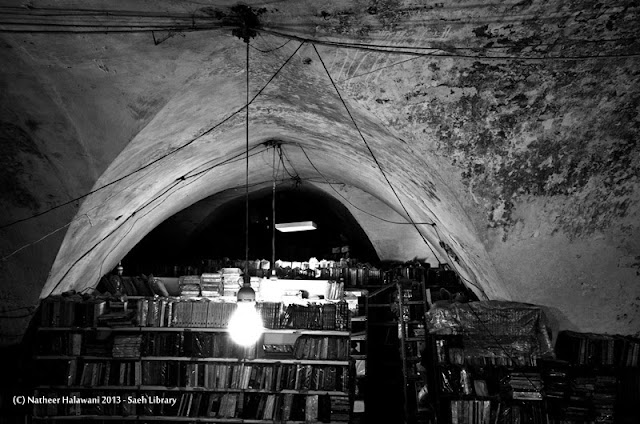 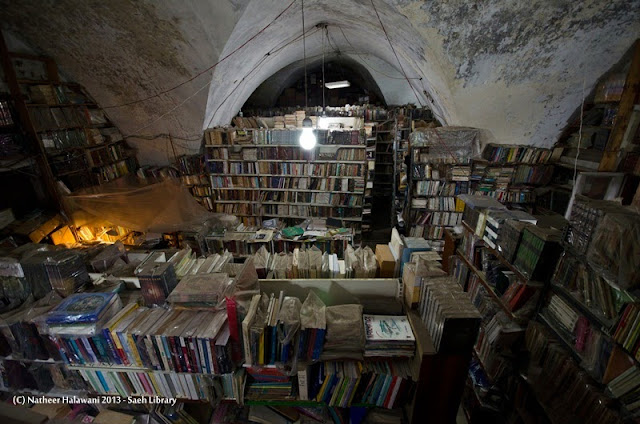 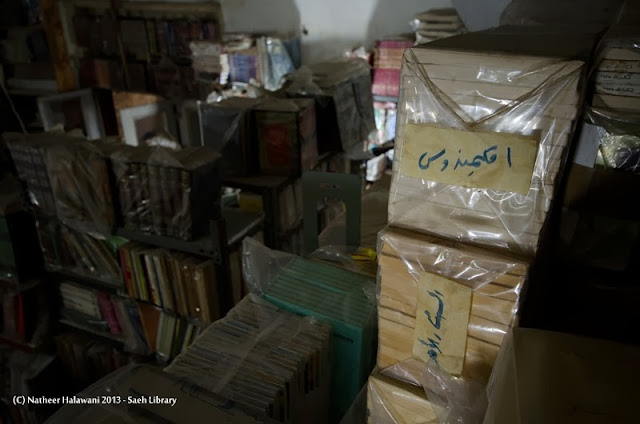 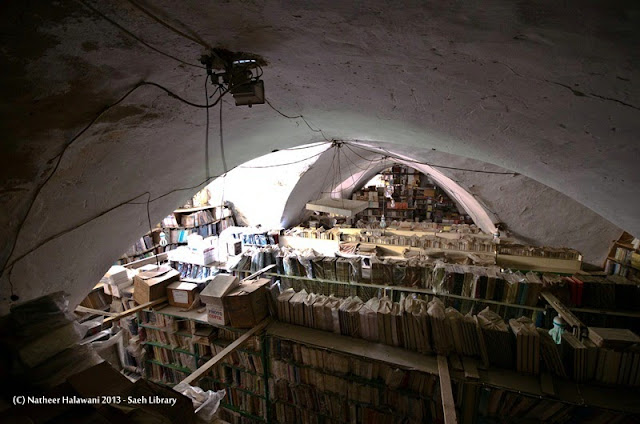